The Healing Power of Hope 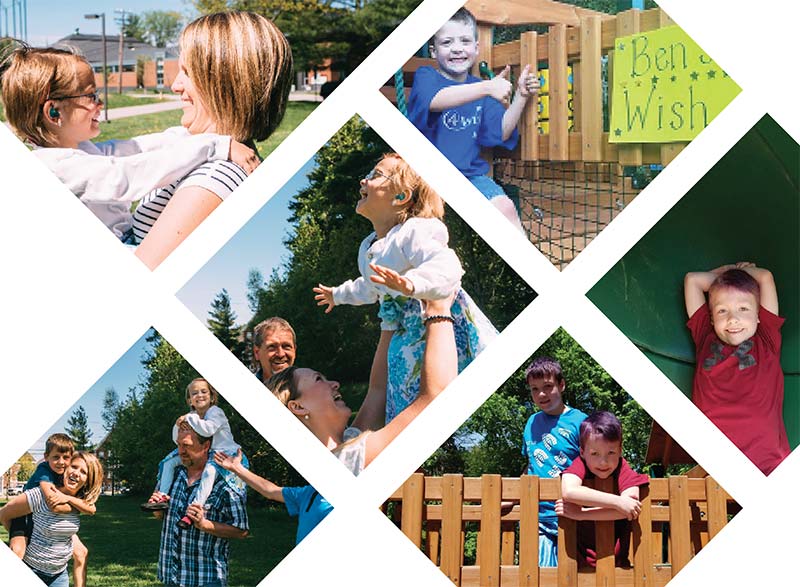 On August 12, 2017, the Summer Block Party to benefit the Make-A-Wish Maine will kick off outside at Mac’s Grill in Auburn. The third annual event will feature lots of family entertainment, but according to Make-A-Wish Maine’s Executive Director, Alex Gaeth, the most important thing happening will be… exercising?

There is a level of personal growth, of awareness and connection that happens in the process of granting a wish, explains Gaeth. As a donor, a wish granter, a volunteer, or an attendee of a fundraising event, people are forming community and seeing the impact that a wish can have firsthand. Their ability to help grows, their understanding of the importance widens and awareness of the importance of this work swells. This is the “muscle of possibility” of which Gaeth speaks. The possibilities of what can happen often extend far beyond even the wish itself.

Gaeth explains that for a child with a life threatening illness the concept that their greatest wish is coming true encourages them to ask, “what else can happen?” That question is really at the heart of the work Make-A-Wish does.

“89% of health professionals say a wish has significant impact on health outcomes,” explains Gaeth. “We actually have an oncologist on our board who prescribes a wish as part of his treatment plan.”

Kinzie Frey was diagnosed with high-risk neuroblastoma at the age of 6. This is a rare disease usually found in children five years of age and under. It’s a type of cancer that affects the adrenal glands. The “high risk” version requires what Kinzie’s mom, Holly Bosse, describes as the “kitchen sink” treatment approach.

“Kinzie has had chemotherapy, multiple surgeries, a marrow transplant, radiation and 188 blood platelet transplants,” says Bosse. “It’s far more than you’d ever hope to see your child go through.” 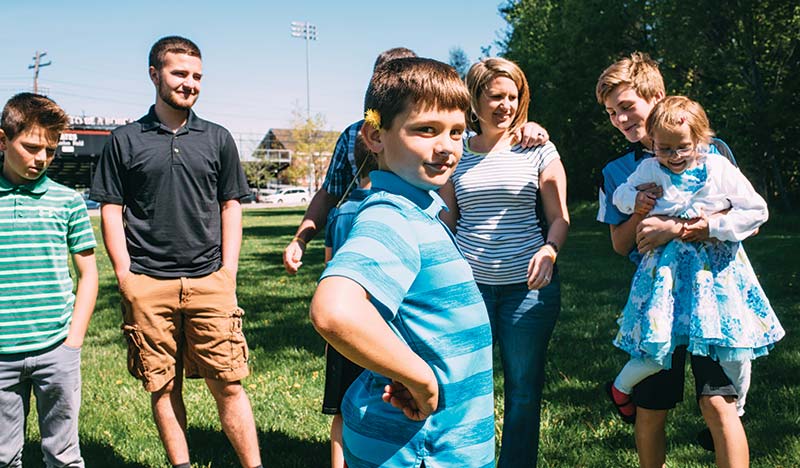 Through it all, Kinzie has maintained an attitude of care and understanding that show an unusual level of maturity for a child of her age. Her mother explains that, “She has an old soul.”

“The neuroblastoma and the treatment can be incredibly painful; even just picking her up could cause severe pain,” says Bosse. “There was one time when a nurse had to pick her up and she was crying because of the pain. The nurse was so apologetic, but Kinzie said, ‘You’re not hurting me, you’re helping me’.”

Kinzie’s diagnosis has affected her entire family. Bosse and her husband have two grown children plus five others under the age of 15. Bosse describes the toll a life threatening illness can have on a family of that size.

“I was away from home probably 60% of the year and a half Kinzie was receiving treatment. We’d either be in Boston or Portland and I would stay overnight with Kinzie,” explains Bosse.

“Meanwhile we’ve got 5 boys in various sports and my husband is working, plus I work part time,” says Bosse. “It’s been an incredibly difficult process and what Make-A-Wish did for us felt like the entire family had been granted a wish.”

Make-A-Wish got in touch with the Bosse family in 2016 after learning of Kinzie’s diagnosis. Volunteer wish granters went to visit, with the goal of helping Kinzie decide what her greatest wish in the world would be. It wasn’t hard for her to decide. 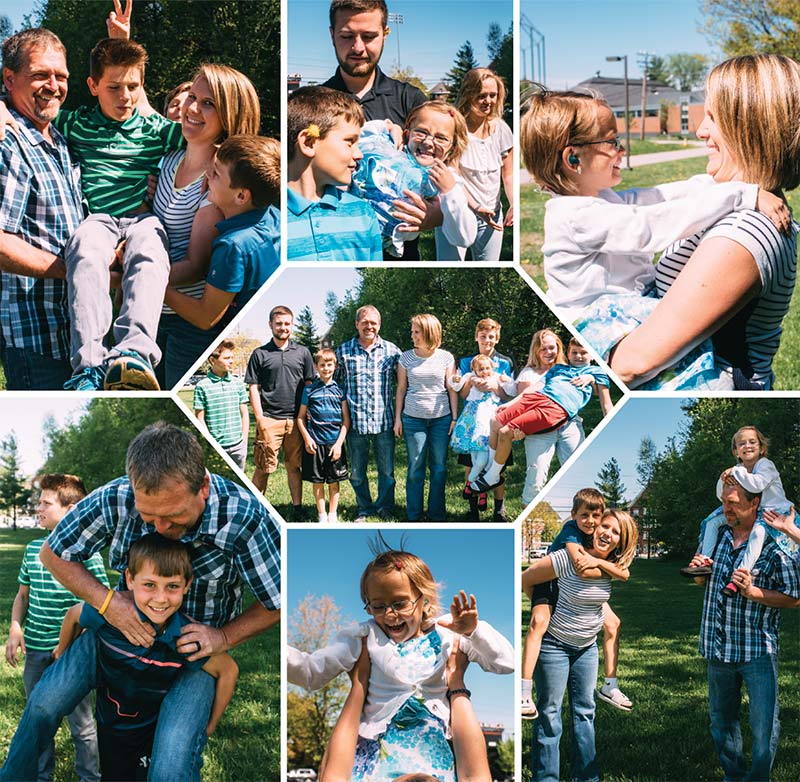 “So there’s two things,” explains Bosse. “First, Kinzie’s step-sister has pictures on her wall of swimming with dolphins. Kinzie has always wanted to do that. Second, is that Kinzie had what’s called a central line surgically installed. Unlike a port, you cannot take a shower or sit in a bathtub. She was literally away from water for almost a year.”

Bosse credits the motivation of the pictures, coupled with Kinzie’s desire to go swimming, with leading Kinzie to choose Swimming with Dolphins as her wish. The folks at Make-A-Wish Maine got on the case and began working behind the scenes to make it happen.

The Make-A-Wish team provides a completely paid-for wish experience. They set about planning air travel, Swimming with Dolphins, plus SeaWorld and Disney visits for the entire family.

“It was the first time since Kinzie’s diagnosis that we would all be together- all nine of us,” explains Bosse. “We definitely could not have pulled this off ourselves.”

But, something dreadful happened in October of 2016, shortly before the family was scheduled to leave for the fulfillment of Kinzie’s Wish.

“Kinzie went in for her third round of antibody treatment. It’s a painful, awful treament,” says Bosse. “She got really sick afterwards. She was in the ICU. It wasn’t getting better.

“She was on breathing support and things didn’t feel right,” says Bosse. “I stayed next to her and kept reminding her that she hadn’t yet gotten her wish. I’d say, ‘Kinzie, you’ve still got your wish’.” 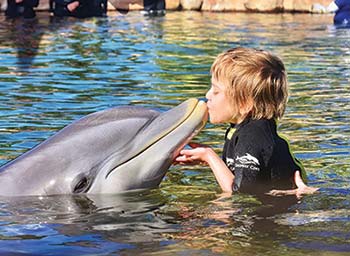 Kinzie’s eventual recovery can be attributed to many things- the support and care of the hospital staff, her verve, the constant presence of her family, the prayers she received. What can’t be ruled out is the prescription of a wish.

“A wish has incredible impact before, during and after,” says Make-A-Wish’s Gaeth. “We’ve found that Wish kids feel stronger and more energetic, that they are more willing to comply with difficult treatments, and that they often describe the wish as a turning point in their treatments.”

The Bosse family flew to Orlando- all nine of them- where they spent four days together rallying around Kinze and each other. The entire trip was paid for, including spending money, by Make-A-Wish.

“For us as parents, it was everything we wanted it to be,” says Bosse. “For Kinzie it might have been a life saver.”

Kinzie is off treatment now. She has had two scans, each of which came back with that magical acronym everyone suffering from any type of cancer hopes for: NED- No Evidence of Disease.

She played basketball this winter and is now starting softball. Her mother reports that she is begging to do karate as well. Who would have thought this would be possible a year and half ago? Well, a growing community of wish granters are striving to make it possible for every single kid suffering from a life threatening illness.

“Ben was diagnosed at 9 days old”

Jennifer Chasse first learned of her son, Ben’s, illness when he was just 9 days old. It was then that he aspirated on his own vomit and was diagnosed with cystic fibrosis, a disease for which there is no known cure and that comes with a lifetime of treatment and possible complications.

“Ben’s treatment regime is intense and demanding,” says Chasse. “Every morning at breakfast and every night after dinner he takes a variety of medications and vitamins followed by a half hour of nebulizer treatment and his vest therapy.” 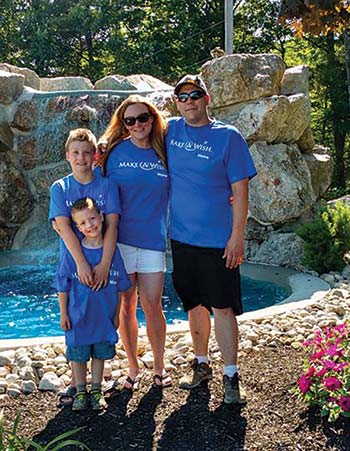 Taking a handful of pills, wearing a mask for a half hour and donning a vibrating vest twice a day is a lot to ask of anybody, let alone an infant. Administering that treatment takes its toll as well. Turns out, Chasse has some great help.

“Tommy is my right-hand man,” says Chasse of Ben’s big brother. “He’s such a big help with Ben. I mean, he helps with the treatments but he’s also there entertaining Ben while he’s forced to be on the nebulizer and wearing the vest.”

Make-A-Wish learned of Ben’s diagnosis and contacted the family to schedule a visit. Two volunteer wish granters showed up to ask Ben what his greatest wish would be. While their hope was that granting a wish would offer some reprieve from Ben’s difficult treatment plan, what they didn’t know is that Ben’s Wish might have proven to be the greatest therapy of all.

“When we first met Ben, he was 3 years old. We went in thinking he would want to go to Disney because he was so young and we weren’t sure what else he would come up with,” says volunteer Wish Granter Miranda Sepulveda. “Because Ben was working on a speech impediment, we learned through his brother that what he really wanted was a Pirate Playground.”

A playground. It’s not an unexpected wish from a young person, but offered the choice, you might assume a child would choose something on a more grand scale. It is fortuitous that Ben made this choice though, as this playground would turn out to be a significant turning point in Ben’s treatment.

Physical activity can be hard to come by when a child spends so much time attached to their treatment plans. Ben’s playground is a motivator, a draw for him to the outdoors and to physical activity.

“When I get out of bed, I go play outside,” says Ben. “My playset is my favorite.”Ben’s playground has had a wide impact. His mom points out that it is a constant bridge between her two sons, that the relationship between the brothers has been further strengthened as they share play together and as Tommy continues to be an instrument of service for his brother.

The impact of wishes is most assuredly wide, reaching all those engaged in the process. Gaeth explains that there is a tremendous ripple effect throughout the community, “Certainly the wish kid and his family feel it, but it’s also the volunteers, the donors, really everyone shares in this experience.” 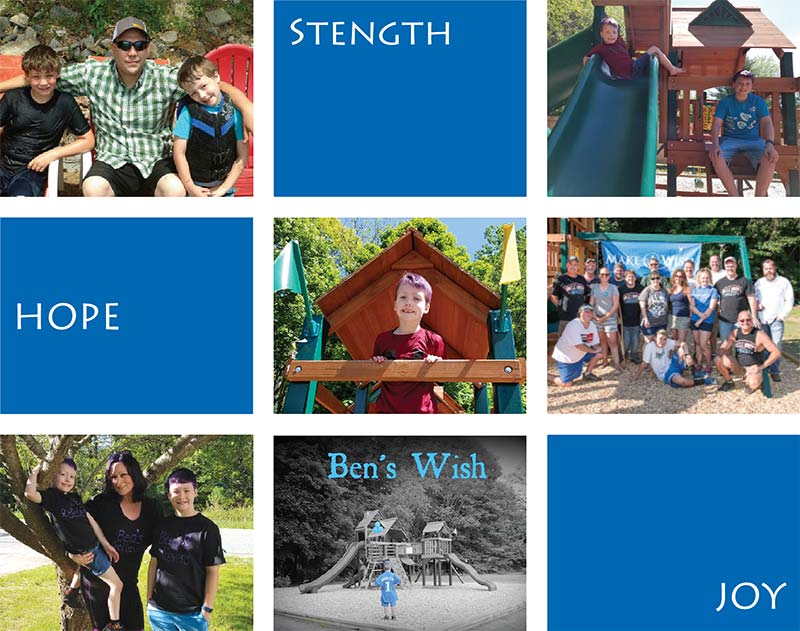 “Volunteering with Make-A-Wish is one of the most rewarding experiences,” says Sepulveda. “We, as wish granters, have the power to help kids forget about doctors, diagnoses, medicine, and all the other things that come with life threatening illnesses. We help them focus on what makes them happy. The wish helps them to just be kids again.”

Sepulveda mentions having power. This is a sentiment echoed by Gaeth. He likes to talk about the “acceptance of power.” What he’s saying is that all those who choose to be a part of the wish process are accepting their ability, their own power to change lives. While the role of health care professionals cannot be understated, it’s important to for us all to remember that we also have power, the power to be a part of something bigger than all of us, the power to bring lasting change to the life a child. In Ben’s case, that is the power of Wish Therapy.

The Summer Block Party was created three years ago as a celebration of the 20th Anniversary of Uncle Andy’s Digest. The event doubled as a fundraiser for Make-A-Wish Maine. In its first two years, the event raised $52,000, enough to grant seven wishes. This year the organizers are aiming to raise that much in a single day.

This is your chance to get involved, to “accept the power” of the change you can make. Attending the 3rd Annual Summer Block Party will be a great way to connect with your community, to share in a wide variety of family friendly activities and to support Make-A-Wish Maine.

“We currently grant a wish every five days in Maine,” says Gaeth. “These fundraisers are vital to our ability to grow and to meet our goal of being able to grant a wish every four days. And, with our eventual goal of granting wishes to every single child diagnosed with life-threatening illness in the state of Maine.”

“Granting a wish to every single child suffering from a life threatening illness”. That’s a statement filled with power. And, it starts with a party. Who’s in?

Join them for a fabulous outdoor event including three live bands, silent auction, kid zone, dunk tank, food & beer garden and more. All proceeds from the event benefit Make-A-Wish Maine, which is celebrating its 25th Anniversary this year.

More details can be found at: 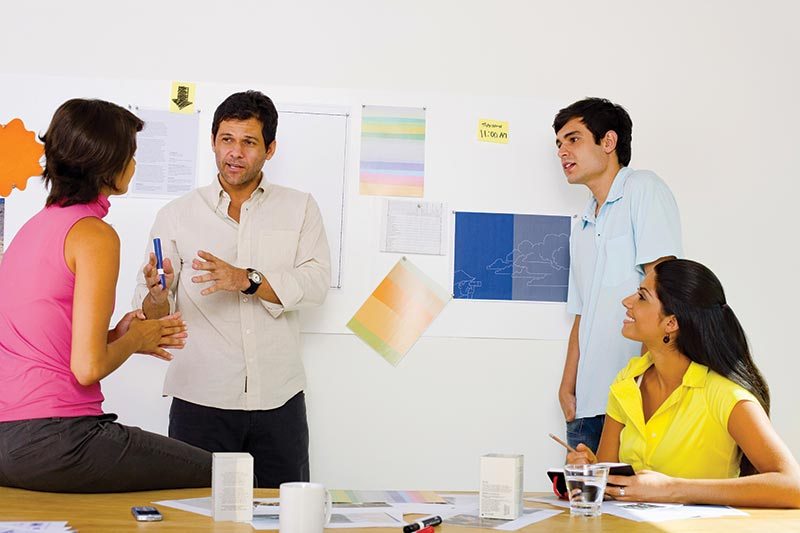 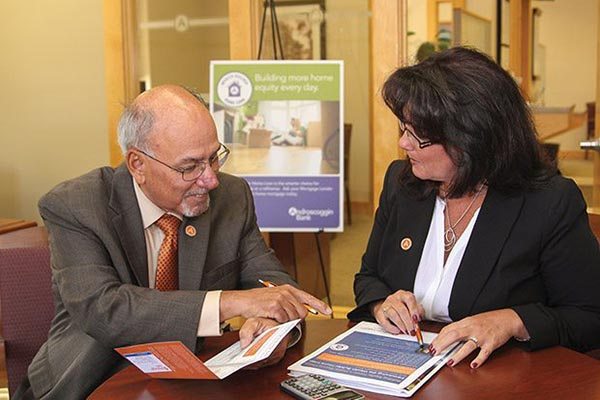 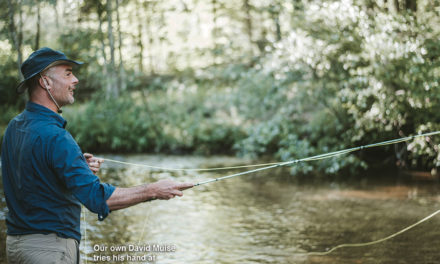 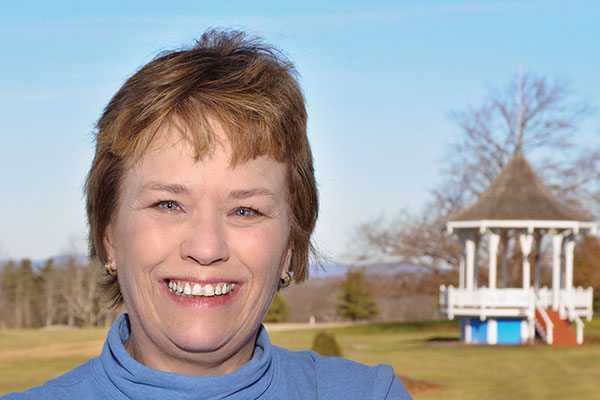